Tiger Woods: Ever the Grinder and Perhaps a ‘Sleeping Giant’ at the U.S. Open 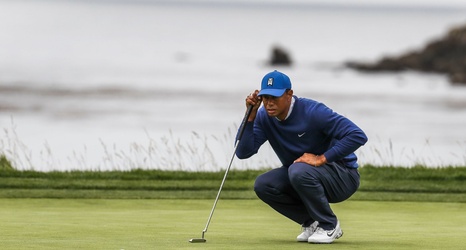 PEBBLE BEACH, Calif. — When people speak of Tiger Woods’s greatness, they typically talk about tournaments like the 2000 United States Open at Pebble Beach, where he pieced together a victory as iconic as the cypress tree in the landing area of the 18th hole. His performance that week has become one of the indelible moments of his remarkable career.

Recalling that performance on Tuesday, Woods said that he had not missed a putt inside 10 feet and that he was hitting everything beautifully.

“I don’t know how I pulled it off,” Woods added.