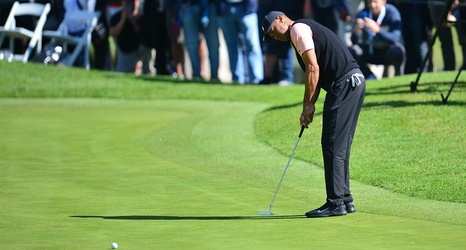 Whether he knew it in the moment or not, Tiger Woods found a unique way to pay tribute to Kobe Bryant on Thursday afternoon, doing so just west of Staples Center at Riviera Country Club.

Woods hit an 8-iron into the par-5 green on the first hole of the opening round of the Genesis Invitational. He was left with 24 feet, eight inches for an eagle chance—the numbers, of course, that Bryant wore throughout his two-decade NBA career.

Woods buried the eagle putt en route to a 2-under 69.