The Tank of Dagestan: Abdulrashid Sadulaev was born to be a champion 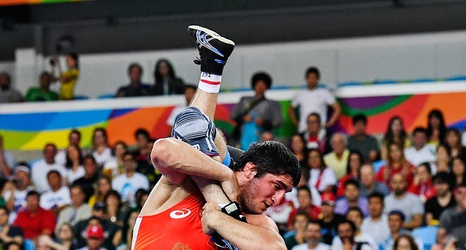 RIO DE JANEIRO — It’s easy, self-serving and—who knows?—perhaps even right for Russia to blame the U.S. for its belligerent image, massive doping scandal and frustrating inability to dominate the world. But in one respect the Bear owes America, big time. It was Yankee ingenuity, after all, that cooked up the wondrous nickname, “The Russian Tank," and no embodiment of fearsome agility, not to mention Putinesque aggression, was better dubbed.

“It is like wrestling a tank,” said Hungary’s Istvan Vereb, after becoming freestyler Abdulrashid Sadulaev’s first victim in a four-match blitz to a 2016 Olympic gold medal at Carioca Arena Saturday.