The No. 1 Ranking Should Be Clear to the College Football Playoff Committee 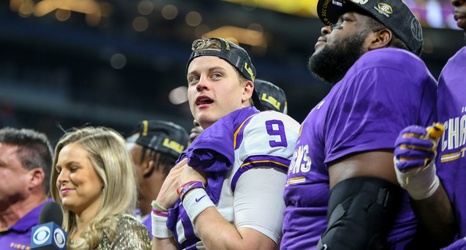 ATLANTA — In the end, after the Great Wisconsin Scare had been neutralized, the College Football Playoff selection committee’s final task was radically simplified.

There is no question about which four are in. The only question is which one is on top—and this year that’s a vitally important distinction. We’ll know the answer shortly after noon ET on Sunday.

Second-ranked LSU emphatically stated its final claim here Saturday, burying (Burrowing?) No. 4 Georgia 37–10. Later Saturday, No. 1 Ohio State had to show some resolve and perseverance for the first time all season, rallying from 14 points down in the second half to defeat the Badgers 34-21.