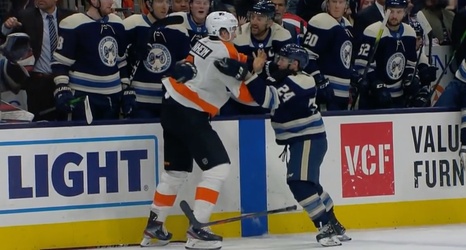 Nathan Gerbe is not only the shortest player in the NHL, he’s very nearly the shortest in the history of the league. At 5'4", Gerbe is listed at one inch taller than former Pittsburgh Pirates and New York Americans goalie Roy Worters, who played his final game more than two decades before goaltenders started wearing masks, which might as well be ancient history.

Despite his small stature, Gerbe has enjoyed a long career in the NHL. He made his debut in 2008 and has played 422 career games. But before this season his last substantial NHL playing time came in 2016, after which he went to Switzerland and then the AHL.