The Match II Reminds Us What Golf Is Really About 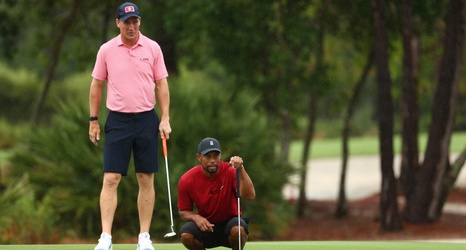 The Tiger/Peyton-Phil/Tom Golf Thing was the best sporting event in weeks, surpassing Michael Jordan laughing at people he hasn’t seen in 20 years. This was not just quirky and entertaining. It was a surprising reminder of how much fun sports are supposed to be.

These guys cared about winning enough but not too much. They teased each other but not too much. They were relaxed. They raised eight figures for charity, which is of course the best part of what happened. But for viewers, it was compelling television for the strangest of reasons: This was, in a weird way, a better advertisement for golf than most PGA Tour events.