The Lakers Are Prioritizing Versatility Over Stability 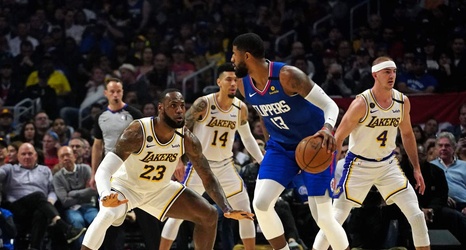 LOS ANGELES — If a throughline exists between the Lakers’ two critical wins over the second weekend in March—with L.A. notching its first victories over the league-leading Bucks and championship-favorite Clippers—it’s flexibility.

Whereas the Lakers’ biggest Finals obstacles are steadfast in their winning combinations, Frank Vogel prefers to mix and match players based on the opponents. And Vogel’s formula—or lack thereof—finally came to fruition in a big way against the Bucks and Clips.

It’s fascinating comparing the Lakers’ rotations across their wins against Milwaukee and the Clippers.

Against the Bucks, Vogel relied heavily on Alex Caruso in the second half, playing the third-year guard significant minutes in the final two quarters, including giving him run with the closing group in the fourth.