The Krashlyn Wedding and Beyond: The Story of the USWNT's Married Couple 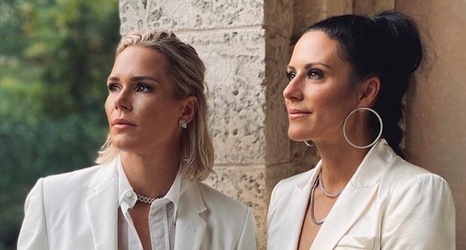 On Dec. 28, 2019, two-time Women's World Cup winners Ashlyn Harris and Ali Krieger—two of the most popular players among U.S. women’s national team fans—were married in a ceremony at Vizcaya Museum & Gardens in Miami in front of 140 guests, including a who’s who of past and present soccer stars. And while the newlyweds had to go straight from their wedding into an important national team camp ahead of the Olympic qualifying tournament later this month, the juxtaposition of family and national team made perfect sense.