The International Break Shows the Fragility, Risk of Playing Through the Pandemic 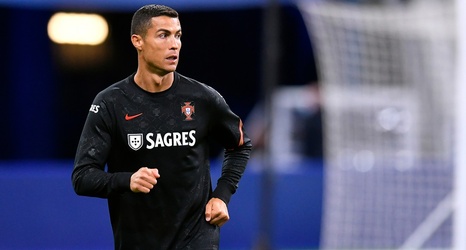 In retrospect, an international break at this juncture was a bizarre risk to take.

The evidence keeps piling up. Shortly after Portugal’s 0-0 draw against France on Sunday, Cristiano Ronaldo tested positive for COVID-19, meaning he will miss the Nations League game against Sweden on Wednesday, as well as Juventus’s Serie A match against Crotone over the weekend and, almost certainly, next week's Champions League meeting with Dynamo Kiev and perhaps even the subsequent match against Barcelona a week later.

Irish government regulations meant Ireland was unable to use either Adam Idah or Aaron Connolly, two-thirds of the forward line it had used in its previous two games, in its Euro 2020 playoff against Slovakia, because by sitting in the wrong seats on the team plane, they had come within two meters of a communications officer who later tested positive.