The Brewers’ M.V.P. Falls, but the Team Keeps Soaring 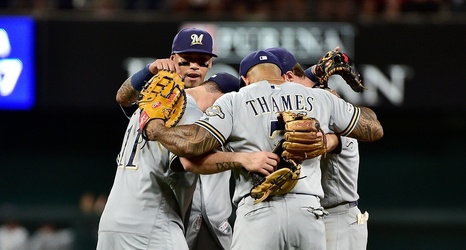 CINCINNATI — When Christian Yelich crumpled to the dirt in Miami on Sept. 10, his kneecap shattered and his season over, Milwaukee Brewers Manager Craig Counsell used Trent Grisham to complete the at-bat. Grisham finished the strikeout, which went on Yelich’s record and froze his season average at .329.

That was even better than Yelich’s average last season, when he was named the most valuable player of the National League and led the Brewers deep into October. Grisham, a 22-year-old outfielder, watched that playoff run from the Arizona Fall League, where he was playing for the Peoria Javelinas.