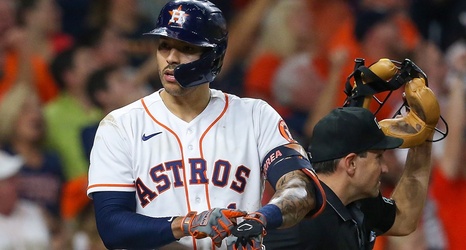 HOUSTON — A turn at bat can range in scale from a memo scribbled on a sticky note to a novel. What it has to say depends on the moment and the craftsmanship of the author. It can be an opportunity wasted or one that deserves to be bound in leather and archived. The turn Carlos Correa of the Astros took Friday in the seventh inning of American League Championship Series Game 1 deserves preservation, both for its importance and what it says about the hitting genius of the Houston shortstop.

On the 33rd anniversary of the Kirk Gibson home run, the War and Peace of at-bats, Correa authored his own masterpiece.