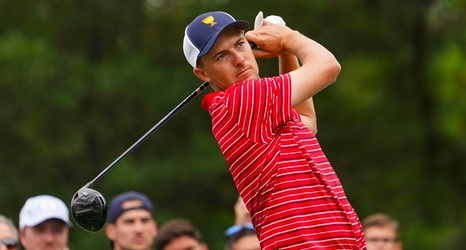 Three-time major champion golfer and Texas alum Jordan Spieth has been chosen to be College GameDay’s guest picker when the crew of the ESPN pregame show makes way for Austin for this weekend’s matchup between the No. 18 Longhorns and No. 4 TCU.

Spieth starred on the Texas golf team as a part of the Longhorns squad that won the national championship in 2012. He earned Big 12 Player of the Year honors and was named a first-team All-American before he turned pro in the middle of his sophomore season.

From there, Spieth burst onto the scene by winning the John Deere Classic in 2013 at the age of 19, becoming the youngest winner on the PGA Tour since 1931.