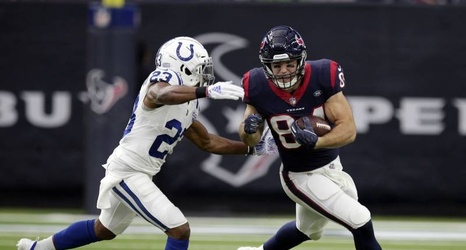 The Houston Texans have reportedly released tight end Ryan Griffin after he was arrested for vandalism and public intoxication in April.

ESPN's Field Yates reported the news. Griffin allegedly punched out the window of a hotel in Nashville. He was in Nashville for the 2019 NFL draft.

Police said Griffin's hand was bleeding, and he "appeared intoxicated and unsteady on his feet."