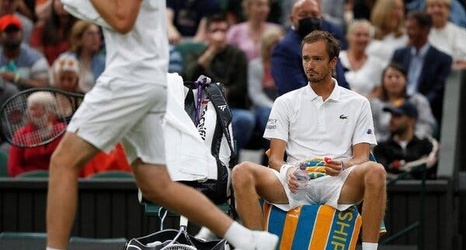 PARIS — The men’s and women’s tennis tours responded to Wimbledon’s ban on Russian and Belarusian players on Friday by stripping the event of ranking points this year, the most significant rebuke to date of efforts by global sports organizations to ostracize individual Russian athletes as punishment for their country’s invasion of Ukraine.

It is a move without precedent in tennis, and without the points, Wimbledon, the oldest of the four Grand Slam tournaments, will technically be an exhibition event, bringing no ranking boost to those who excel on its pristine lawns this year.

“The ability for players of any nationality to enter tournaments based on merit, and without discrimination is fundamental to our Tour,” the ATP said in a statement, saying that the ban undermined its ranking system.