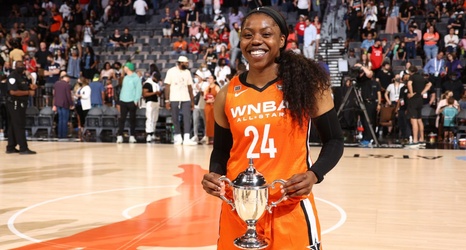 On Wednesday, the WNBA All-Star Game returned for the first time in two years with a new Olympics-influenced setup. When the final buzzer sounded, fans were certainly not disappointed.

The game pitted the 12 selections for Team USA that will be headed to Tokyo for the Olympics against the remaining WNBA All-Stars, and it was tightly-contested throughout. Team WNBA held a 44-43 lead at halftime, while the game was tied heading into the fourth quarter.