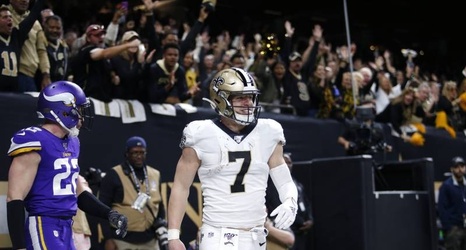 While the New Orleans Saints want Drew Brees to return in 2020, head coach Sean Payton is reportedly "secretly intrigued" about the potential of moving forward with Taysom Hill.

Jeremy Fowler of ESPN reported Payton could try a running quarterback in a "full-time role" if Brees retires.

Hill is a restricted free agent and is expected to be one of the most interesting names on the open market. The 29-year-old has attempted only 13 NFL passes but has elite athletic ability that's seen him play quarterback, running back and receiver during his stint in New Orleans.