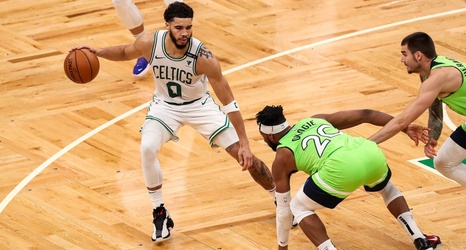 BOSTON (AP) — Jayson Tatum scored a career-high 53 points—including 18 in the fourth quarter and overtime—and the Boston Celtics held on to beat the Minnesota Timberwolves 145-136 on Friday night.

It was the first 50-point game for the All-Star, who eclipsed his previous high of 41. Jaylen Brown had 26 points, and Marcus Smart added 24 points, eight assists and six rebounds to help Boston post its fourth win in five games.

Boston erased what was a 17-point deficit in the third quarter and led by as many as eight in the fourth before Minnesota rallied to send it to OT.