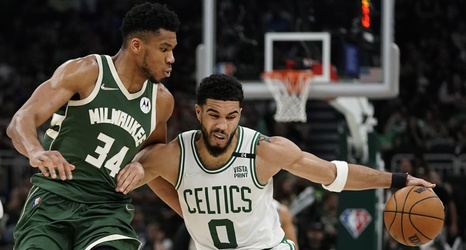 In one of the most physical series the NBA has seen in years, with likely the best player in the world on one side and a budding superstar on the other, and a pair of title contenders throwing haymaker after haymaker, the beautiful, bullying playoff matchup between the Celtics and the Bucks could only end one way: Game 7.

Jayson Tatum willed Boston to that point with a season-saving 46-point, nine-rebound, four assist showing to lift the Celtics to a 108–95 victory over Milwaukee in Game 6. The Bucks got their own incredible performance from Giannis Antetokounmpo, who had 44 points, 20 rebounds and six assists in the losing effort.