Takeaways From Night One of WrestleMania 36 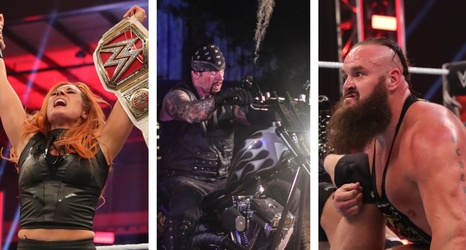 For the first time in WWE history, WrestleMania is a two-night affair in front of an empty arena. The wrestlers worked extremely hard to perform to their highest level in the ring, though that challenge was magnified by the lack of a crowd. While it certainly does not detract from the effort or passion poured into the show, a wrestling match is simply incomplete without an audience to respond to the performance. There were still standout moments and matches, as the show started off with a very strong tag match that saw Alexa Bliss and Nikki Cross win the Women’s Tag Team Championship.