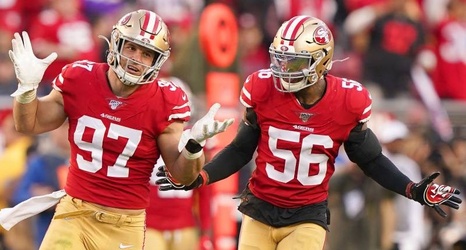 And then there were four.

The remaining field in contention for Super Bowl LIV comes from all facets of the football world.

The San Francisco 49ers have been among the league's very best all season. The Kansas City Chiefs boast the reigning MVP Patrick Mahomes and a seven-game winning streak. The Green Bay Packers floated jut beneath the radar, which shouldn't be possible for a No. 2 seed with Aaron Rodgers under center. Finally, the AFC's sixth-seeded Tennessee Titans are still standing, largely on the shoulders of dynamic running back Derrick Henry.