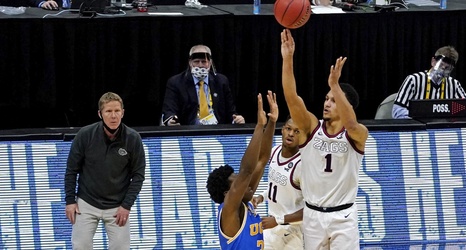 INDIANAPOLIS — Jalen Suggs sank into a chair for his postgame Zoom press conference and just started laughing. He leaned back and looked at the ceiling, the picture of giddy disbelief over what he’d just done. Immortality had arrived so suddenly that there was no time to process it.

“I don’t think it will fully hit me until I wake up in the morning,” the Gonzaga freshman said. “Oh my gosh, I’m tripping. I still don’t believe it right now.”

Suggs had just joined Christian Laettner and Kris Jenkins among the greatest shot makers in NCAA tournament history—maybe even moved ahead of them.