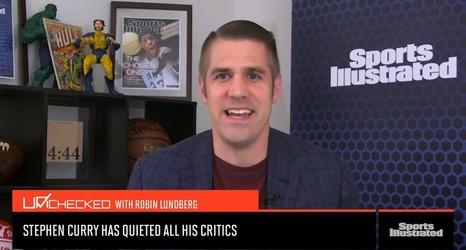 What many thought would be a wasted season for Steph Curry may somehow wind up elevating him, as his individual brilliance should shut up any critics forever.

In a way, what Curry has been able to accomplish in leading this year’s Warriors team does more for him than playing on another all-time great team would’ve. Because for someone who really had nothing left to prove, he has proven one thing...he’s still that dude.

And any notion he can’t carry a team has been completely debunked, given that it should be clear to anyone Golden State might be the worst team in the league without him, which is why he deserves serious MVP consideration even with them currently only being the eighth seed.