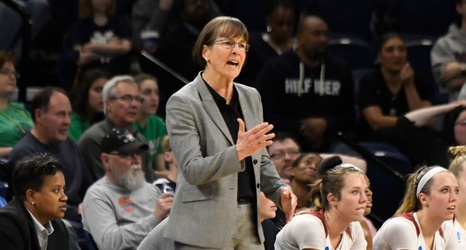 NEW YORK (AP) — Tara VanDerveer and Stanford are No. 1 for the first time in seven years.

The Cardinal moved up two spots after a weekend that saw previous No. 1 Oregon and No. 2 Baylor both lose on Saturday. It was only the third time since the Top 25 became a writers’ poll before the 1994-95 season that the top two teams lost on the same day.

Stanford received 23 of 30 first-place votes from the national media panel on Monday. The team was last No. 1 for six weeks in 2012.