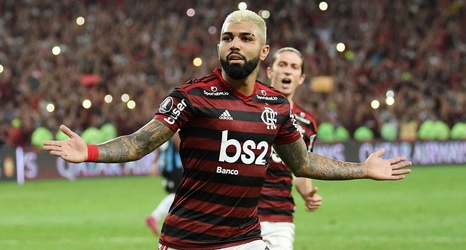 After a successful tenure with River Plate, which included Copa Libertadores and Copa Argentina titles, 21-year-old Argentine playmaker Exequiel Palacios transferred to Bayer Leverkusen. It was just the latest example of how European clubs are continuing to focus on young South Americans with growing reputations.

For Leverkusen, identifying global talent and maximizing potential is nothing new, and Palacios was not exactly a secret find, as he had already accumulated 77 competitive matches for River Plate and was catching the eye from the likes of Real Madrid before eventually joining the German outfit. Real Madrid evidently has its eye on another South American prospect, with multiple reports suggesting it's close to a deal for Flamengo's Reinier, a 17-year-old who could join Vinicius Junior and Rodrygo as Brazilian teens to flock to the Bernabeu.