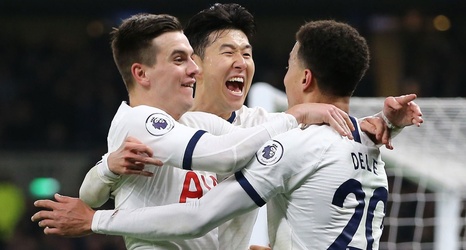 The South Korean headed in Dele Alli's deflected cross in the 79th minute to end his seven-game scoring drought.

Tottenham had taken the lead in the 38th minute, with Alli netting the team's first goal since Dec. 26 in the league.

But last-place Norwich leveled in the 70th through Teemu Pukki's penalty after Ryan Sessegnon clipped Max Aarons and VAR took more than two minutes to confirm the foul.

Hugo Lloris got a hand to the spot kick but could not keep it out as the goalkeeper surprisingly returned to action for the first time since dislocating his elbow on Oct.