Shane Lowry Takes a 4-Stroke Lead at the British Open 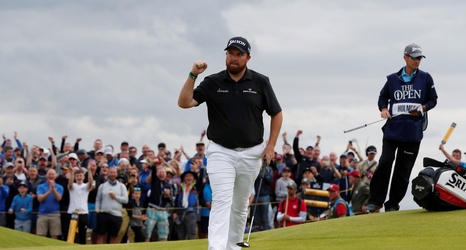 PORTRUSH, Northern Ireland — With foul weather forecast for Sunday at Royal Portrush, the day to make birdies in the sunshine was Saturday at the British Open.

The leaders took the hint in the third round, generating more roars than respectful silence as they navigated the green and undulating course in relatively calm and benign conditions.

No man got more support than Shane Lowry, a stocky and bearded Irishman whose father, Brendan, was a prominent Gaelic football player.

The son is quite a golfer, and at age 32 after a brilliant round of 63 on Saturday, Lowry now has the opportunity of a lifetime: a chance to win the first Open championship on the island of Ireland since 1951.