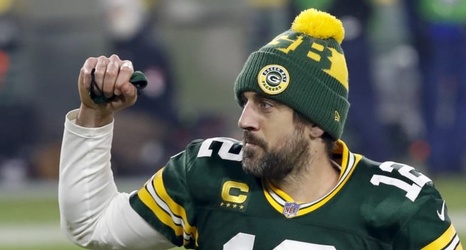 Green Bay Packers star Aaron Rodgers wasn't kidding around when he used his MVP speech to suddenly drop the news he had become engaged.

Actress Shailene Woodley confirmed on The Tonight Show she and Rodgers have been engaged "for a while":

Rodgers collected his third MVP award during the NFL Honors event earlier this month. While accepting the trophy, he ran down some of the things that happened to him in 2020, unexpectedly announcing his engagement and including his fiancee among those he thanked: