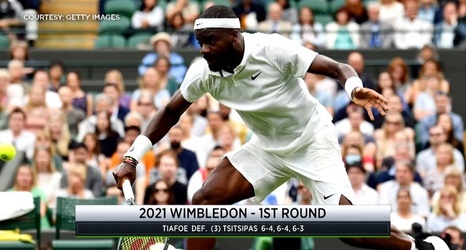 There is often something inspiring about watching athletes past the meridians of their primes, still trying to conjure magic. There can also be something excruciating.

We had a reinforcement of that Tuesday at Wimbledon. In one of the first matches of the day, Venus Williams a five-time Wimbledon champ—but one who hasn’t won the title here in 13 (!) years—bushwhacked her way to a three-set win. At age 41, she is a shell of the fleet and graceful star, who dominated these lawns for almost a decade. Who cares? Today, she celebrated this, her 90th match win here, as though she were a teenager.