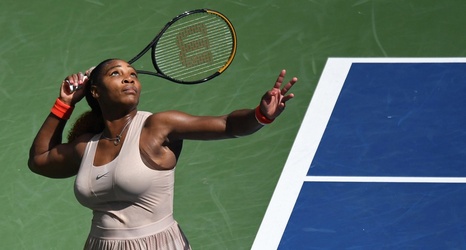 There’s no crowd at the U.S. Open this year to pull for Serena Williams and try to push her to victory. So she provided her own encouragement in a tough fourth-round match Monday.

Shouting at herself point after point, Williams came back from a third-set deficit against a woman she lost to less than two weeks ago, and took another step closer to Grand Slam title No. 24 by beating Maria Sakkari 6-3, 6-7 (6), 6-3 at Flushing Meadows.

When the match ended, Williams turned and yelled toward her husband, who stood at his front-row seat and yelled right back.