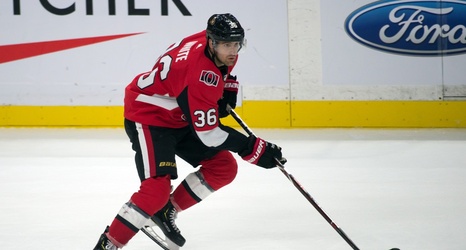 With the Senators down a goal with one minute to go in the third period, White took a shot on goal that deflected straight up off the cross bar. After the puck hung in the air for several seconds, White eyed its descent and headbutted the puck into the back of the net.

After the Senators celebrated what would have been a game-tying score, the shot was immediately ruled a no-goal.