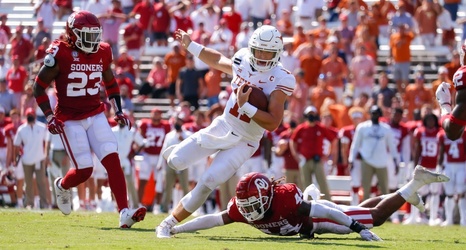 The SEC has accepted Texas and Oklahoma into the conference following a vote on Thursday, according to the SEC.

According to Sports illustrated's Ross Dellenger, the invitation—for now—is to allow Texas and Oklahoma to begin play in 2025 after they fulfill their contractual requirements with the Big 12.

Thursday’s vote comes one week after reports emerged regarding Texas and Oklahoma’s potential exodus from the Big 12. The two schools sent formal applications to the SEC on Tuesday, further accelerating their conference move.

"Today's unanimous vote is both a testament to the SEC's longstanding spirit of unity and mutual cooperation, as well as a recognition of the outstanding legacies of academic and athletic excellence established by the Universities of Oklahoma and Texas," said SEC Commissioner Greg Sankey in a statement.