Seahawks Still Have ‘High-Level’ Interest in Baker Mayfield, per Report 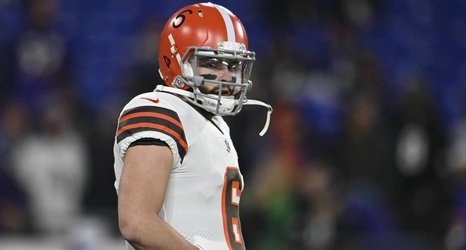 As Browns quarterback Baker Mayfield remains on the trade block, two teams have consistently been mentioned as possible trade partners. And while the Panthers have been the team most heavily connected with Mayfield, the Seahawks remain a possible match.

According to CBS Sports’s Josina Anderson, the Seahawks still have a “high-level of interest” in possibly acquiring Mayfield, and would be open to discussing an extension if they could get him.

The biggest hindrance stopping the Browns from trading Mayfield has reportedly been Mayfield’s 2022 salary. Cleveland owes the quarterback over $18 million this year after they picked up his fifth-year option last year, and the team is open to paying half of it next season.