Scottie Pippen Takes Another Shot at Michael Jordan, This Time Over 'Flu Game' 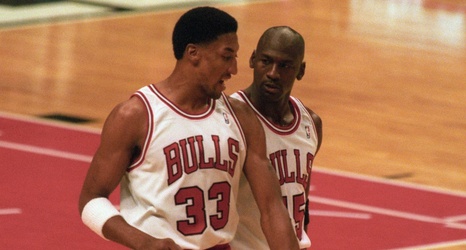 For the second time in a week, NBA Hall of Famer Scottie Pippen did not go easy on fellow Bulls legend Michael Jordan.

Speaking with Frank Isola on SiriusXM's NBA Radio after playing through a back injury in the 1998 NBA Finals, Pippen asked a rhetorical question comparing his performance to Jordan's legendary "Flu Game" from 1997.

"They always say the worst injury to have is a bad back," Isola said.