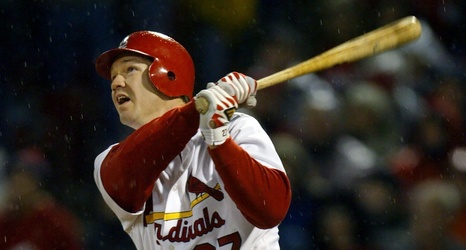 A year after electing just one player—David Ortiz—in the 2022 Baseball Hall of Fame class, the Baseball Writers’ Association of America has chosen just one player yet again.

Third baseman Scott Rolen received the call Tuesday that he’s heading to Cooperstown, surpassing the 75% threshold among the writers’ ballots. Rolen received 76.3% support five years after receiving just 10.2% of votes in his first year up for election, making him the player with the lowest first-year support to eventually be elected by the BBWAA.

Rolen joins Fred McGriff in this year’s class of new Hall of Famers after McGriff was elected via the Contemporary Era committee in December.