Schefter: 49ers Felt Trey Lance Was Smartest and Most-Ready QB to Play in the Draft 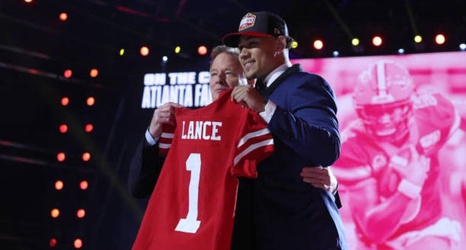 If you read enough scouting reports on Trey Lance ahead of the 2021 NFL draft, it was a borderline consensus that the North Dakota State quarterback has plenty of upside but is unpolished and may be best served being groomed behind a veteran quarterback for a year or so.

But the San Francisco 49ers—who have such a veteran in Jimmy Garoppolo—reportedly don't agree with that assessment. Instead, they believe Lance is the most pro-ready quarterback in this year's rookie class, according to ESPN's Adam Schefter:

.@AdamSchefter dropped this on the @UnderdogFantasy stream moments ago.