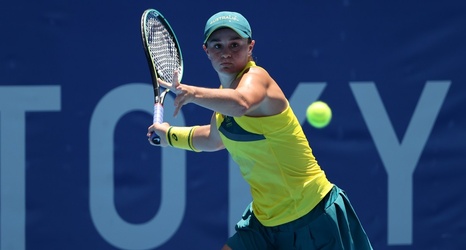 It didn't take long for chaos to take over the women's tennis singles bracket.

Sorribes Tormo, 24, did not have an ace and hit just four winners, taking full advantage of some sloppy play from Barty. Barty had four aces and hit 24 winners but was undone by 55 unforced errors compared to only 13 by Sorribes Tormo. Barty hit her first serve in just 54% of the time.