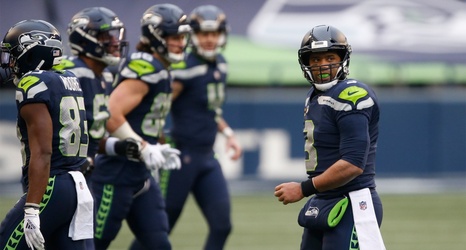 After a tumultuous offseason flooded with trade rumors, Russell Wilson not only denied that he requested a trade but also reaffirmed his commitment to the Seahawks during a Thursday press conference.

"I’ve always wanted to play here for my whole career, obviously," the quarterback said. "I think there were some unfortunate frustrations after the season. Obviously you want to win it all and do it all, and do everything you can. I think everybody on our team does. We all want to win it. I think, unfortunately, it got a little bit blown out of proportion."

After the end of the 2020 season, Wilson publicly aired his frustrations with the Seahawks, specifically the protection he has received during his nine-year career with the franchise.