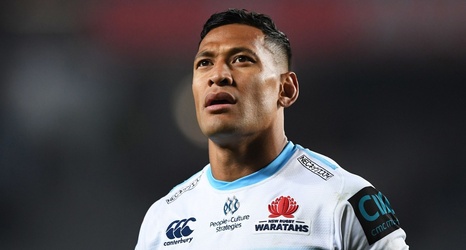 Australian rugby player Israel Folau, whose contract was terminated by Rugby Australia in May over repeated anti-LGBTQ remarks made on social media, has signed with French club Catalan Dragons of the Super League, the team announced Tuesday.

Almost immediately, fellow Super League club Wigan Warriors announced that its March 22 match against the Dragons would be Pride Day. The announcement was made less than 20 minutes after Folau’s signing was announced.

Warriors players will wear rainbow socks and shoe laces. The club is also inviting LGBTQ groups to attend the game.

“Here at Wigan Warriors we are committed to the core values of Inclusion and Respect,” Wigan Warriors executive director Kris Radlinski said in a statement.