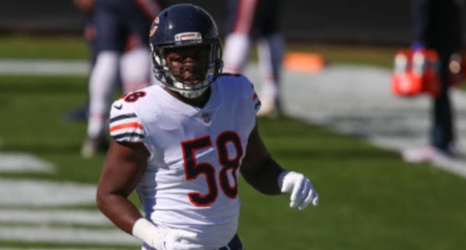 The Chicago Bears have reportedly exercised their fifth-year option on linebacker Roquan Smith, according to NFL Network's James Palmer, which will keep him under contract through the next two seasons.