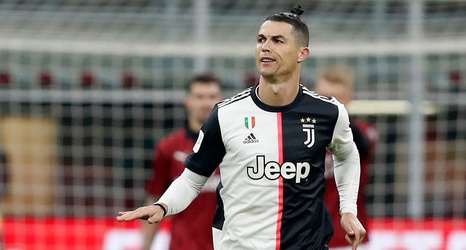 Ronaldo's stoppage-time penalty canceled out Ante Rebic's 62nd-minute opener for Milan, which will be without Zlatan Ibrahimovic for the return fixture because of a suspension.

Milan defender Theo Hernandez was sent off in the 71st following a second yellow card.

There was heightened excitement at San Siro as it was the first time Ibrahimovic and Ronaldo had faced off against each other since 2015, when Paris Saint-Germain played Real Madrid.