Ron Rivera on Cam Newton: 'I Would Never Bet Against' Patriots QB 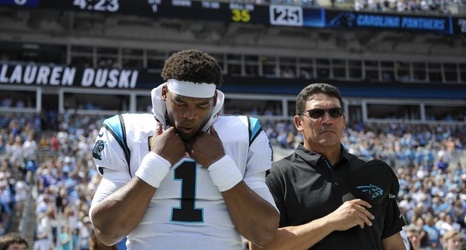 Rivera explained Newton, his starting quarterback for most of the previous nine years with the Carolina Panthers, has been trending toward full strength based on workout video he's watched.

"He's headed in the right direction," Rivera said on the McNeil & Parkins Show on 670 The Score in Chicago. "I mean, he's probably about as healthy as it gets from what I've seen on video.