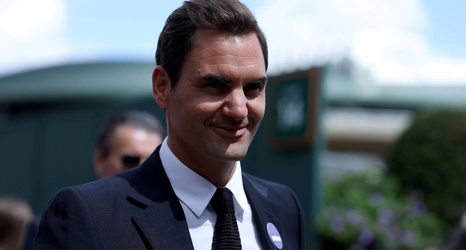 Before Sunday’s matches, Wimbledon held a ceremony celebrating 100 years of Centre Court at Church Road, which opened in 1922. The ceremony featured former men’s and women’s champions being introduced by the number of titles they have.

That meant that the player with the most gentlemen’s singles titles was introduced last, and that is Roger Federer.

Despite not playing in this year’s event, Federer had a chance to speak to the crowd, and he told them how much he would like to play at the tournament again.

“I hope I can come back to Centre Court one more time,” he said.