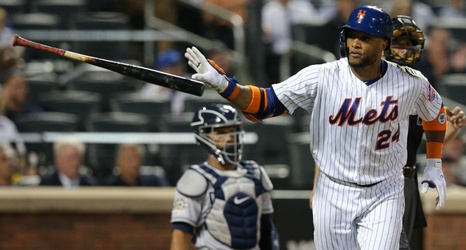 After being officially released by the Mets earlier in the week, Robinson Canó has a new home in Major League Baseball. The 39-year-old second baseman will sign with the Padres, the team announced Friday.

Canó, coming off of a full-year suspension for performance-enhancing drugs, struggled mightily to start the year with New York. In 43 plate appearances with the team, he batted just .195 with one home run and three RBIs. He was designated for assignment when MLB rosters were pared down earlier in the month.

The Mets still owe Canó nearly $45 million on his contract over the next two years.