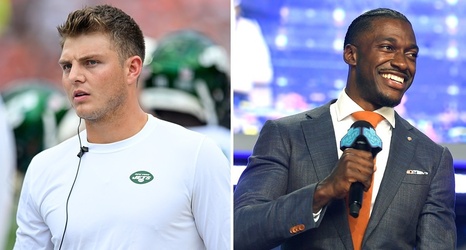 Former NFL quarterback Robert Griffin III went on a long rant about his thoughts regarding Jets quarterback Zach Wilson’s current offensive struggles that led to him being benched this weekend.

In Wilson’s seven starts so far this season, he has only completed 105 passes out of 189 attempts, and has totaled four touchdown passes and five interceptions. He’s led the Jets to a 5–2 record in his starts.

Griffin noted that another current NFL quarterback has posted similar statistics but has been receiving “adoration” instead of criticism like Wilson has.