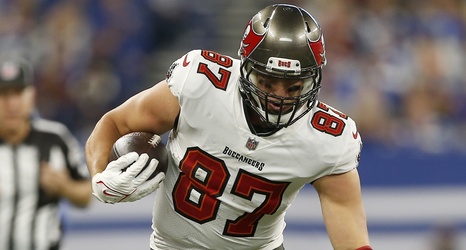 With a seven-catch, 123-yard performance in last week's 38-31 win over the Indianapolis Colts, Gronk had his 30th career game with 100 or more yards, putting him only one away from tying Gonzalez's record of 31.

According to NFL.com's Jelani Scott, Gronk said the following about potentially breaking the record during an appearance on NFL Network:

"Let me tell you, I'm trying to break that record.