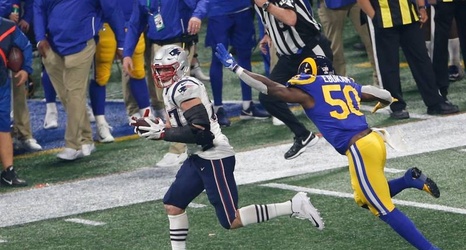 Any chance that former New England Patriots tight end Rob Gronkowski will play this season is now gone after his deadline to return off the reserve list passed, per ESPN's Adam Schefter.

"It was expected, now official: Rob Gronkowski cannot return in 2019," Schefter tweeted. "His deadline to return this season was 4 p.m. ET Saturday, the last business day prior to a Week 13 game for reinstatement for players on reserve list. Gronkowski will be eligible to return again after Super Bowl."

Talk that the four-time first-team All-Pro and three-time Super Bowl champion would unretire after nine NFL seasons persisted in the preseason and regular season, to the point where Pats owner Robert Kraft even chimed in.