Richard Sherman in Talks With Amazon About Broadcasting Role, per Report 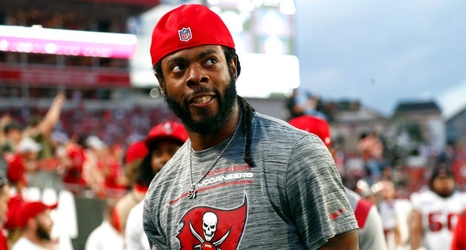 Former All-Pro cornerback Richard Sherman is in talks with Amazon for a key role in their “Thursday Night Football” coverage, according to the NFL Network’s Ian Rapoport.

Rapoport notes that Sherman will continue to remain in football shape as he remains open to playing opportunities.

Sherman was selected by the Seahawks in the fifth round of the 2011 NFL draft. He quickly emerged as one of the top corners in the game, earning five All-Pro nods in seven seasons with Seattle. His 37 career interceptions leads all players since 2011.

The former Seahawks star signed with the Buccaneers last season, but he struggled to stay on the field.