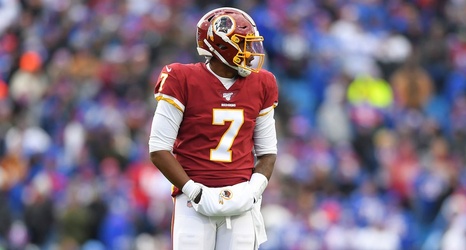 Per ESPN, Haskins was fined $4,833 after making a reservation for a family friend at the team hotel, a move strictly prohibited by the team.

Haskins was benched in early October after a 31–17 loss to the Baltimore Ravens, which dropped Washington to 1-3. Through his first two NFL seasons, Haskins has started 11 games. He has a career 59.6% completion percentage and has thrown 11 TDs and 10 career interceptions.

Shortly after being demoted to third-string, Haskins also dealt with a stomach illness.