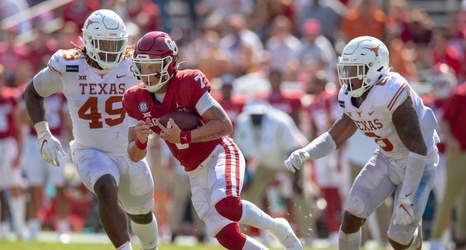 Texas and Oklahoma have reached out to the SEC regarding a potential conference move, according to the Houston Chronicle's Brent Zwerneman.

The addition of the Big 12 powers would give the SEC 16 schools, creating the nation's first "super-conference," per Zwerneman.

Wednesday's report doesn't mark the first potential rumblings of an exodus from the Big 12. Texas and Oklahoma both nearly left the conference after the 2010 season, but the pair of programs stayed put as Missouri and Texas A&M left for the SEC. Texas A&M president Ross Bjork said Wednesday he hopes the Aggies remain "the only SEC team from the state of Texas," per Sports Illustrated's Ross Dellenger.