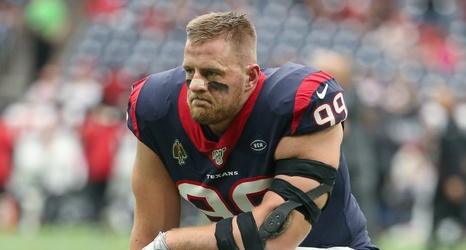 The Texans defense could receive a major reinforcement heading into its Wild Card weekend matchup against the Buffalo Bills.

According to ESPN's Stefano Fusaro, defensive end J.J. Watt will be activated on Houston's roster against Buffalo.

He has been out since tearing a pectoral muscle Oct. 27. But Watt made substantive progress throughout the months of November and December and returned to practice last week.

"When I got hurt I just assumed I was done [for the season]," Watt said after returning to practice. "I didn't even know there was a possibility.